* In case of any delay in receiving the OTP, you may verify it later. Please proceed without verification.

Enter your City name or Pincode

Bandankal is located about 53 kms from district headquarters Karimnagar. It is a small village situated in Mustabad Mandal of Karimnagar District in Telangana state, India. 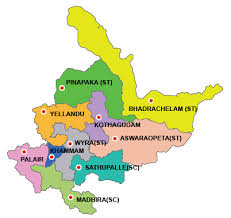 Distance of Other Cities from Bandankal

Well, People love to go out for rural tourism and get a firsthand account of people residing in villages. This is what you will enjoy in Bandankal! Simple people leading simple yet joyful lives. If you want to explore regions near Bandankal, you can visit a few beaches near this village. 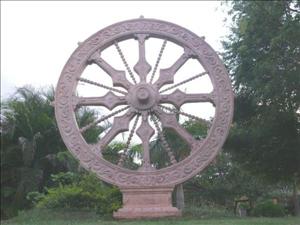 A Ride at Karimnagar Ujwala Park!

How about a ride at Ujwala park near Bandankal? No one can resist that! The park was inaugurated in 2001 and is a popular picnic spot near Manair river.

Karimnagar is closeby and you can't miss your chance to take some time out and visit the Mid Manair dam, also known as MMD. It is a major irrigation project which is being constructed across Manair river in Manwada village (Boinpally Mandal) of Karimnagar district. The construction of the dam commenced in 2004-2005 as part of Jalayagnam but was delayed due to want of proper rehabilitation of people and other political reasons.

On the banks of Manair river stands the Elgandal Fort which will remind you of past history of this region. It was under the control of Qutub Shahi dynasty, Mughal Empire and also the Nizams of Hyderabad! The fort is also known as Veligundula and is believed to be built during reign of Kakatiya dynasty (1083–1323). 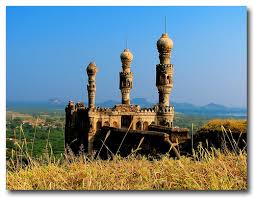 There is a secret tunnel connecting Elgandal Fort and Manakondur (9kms. from Karimnagar). On the Eastern Gateway of the fort, there is a Brindavan tank which was built by Zafar-ud-Doula in 1754. It comprises of minarets which oscillate when shaken!

Medak fort is built on a hillock and is located 100 kms. from state Capital Hyderabad. It was built in the 12th century when Kakatiyan ruler Pratapa Rudra ruled the region. This fort is also referred to as Methuku durgam which means 'cooked rice' in Telugu. The main entrance displays a double-headed 'Gandabherundam' of the Kakatiyas. Then there are other entrances too --- Prathama Dwaram, Simha Dwaram and Gaja Dwaram. Inside the fort premises, there is a 17th century mosque built by Qutub Shahis. From the top of the hillock, you can get a birds-eye-view of the entire Medak city .

Warangal fort was built sometime in the 13th century. Warangal was also the Capital of Kakatiya rulers. Archeologists believe that the brick-walled structure of fort was replaced with stone by Ganapatideva. Later, the gateways, square bastions and circular earthern walls were added by Rudramadevi and Prataparudra II. This monument has been named by ASI (Archaeological Survey of India) as a monument of national importance.

You will be glad to know that former Prime Minister P.V. Narsimha Rao belonged to Karimnagar district!

Most of the industries are located in areas around Karimnagar. People in Bandankal generally depend on agriculture for their livelihood. They are also employed in industries such as animal husbandry, grain mills, seed rice mills and other processing mills etc. Industries near Karimnagar involve production of tiles, cement concrete pipes, stone dressing and crushing, paper, etc. 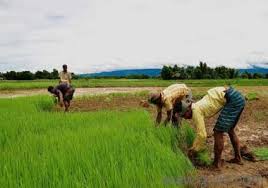 Well, with industry, art is not left far behind! You will love to see the Silver filigree work of Karimnagar. Industries near Karimnagar include NTPC (National Thermal Power Corporation) Ramagundam, Food Corporation of India, Singareni Collieries in Godavarikhani, Kesoram Cement Factory in Basantnagar etc. Karimnagar district is also known for granite, especially the Tan Brown and Maple red type of granite. There are also many stone quarries in various regions of Bandankal.

If you plan a trip to know the culture of people of Telangana, Bandankal is a nice village to visit. Enjoy rural tourism in Telangana!

Comments / Discussion Board - About Bandankal